Dior at Kunstmuseum The Hague 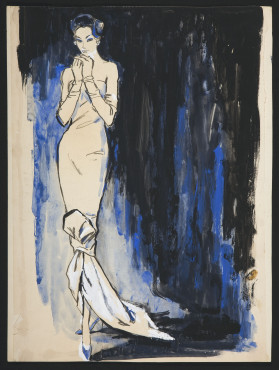 In 1947 Christian Dior was the right man in the right place at the right time. That year, in Paris, the fashion capital of the world, he launched a brand new fashion house that bore his name. His first collection has gone down in history as the ‘New Look’, a term coined by a fashion journalist at the time. It had a huge impact. The New Look became one of the most frequently emulated fashion silhouettes of all time. But that was only the start. Dior repeatedly surprised the world with new looks, like the zig-zag line (spring/summer 1948), the H-line (autumn/winter 1954) and the A-line (spring/summer 1955). From his debut in 1947 to his sudden death in 1957, Christian Dior would show a total of 22 collections, each of which was unbelievably successful and influential. The exhibition will focus on this period, 1947-1957 – on the collections of Dior himself, therefore. But it will also explore the influence of his creations on the work of his successors Marc Bohan, Gianfranco Ferré, John Galliano, Raf Simons and Maria Grazia Chiuri. And it will include plenty of fashion drawings and photographs, as well as Dior costume jewellery, much of it made in Germany, which is inextricably associated with the collections. 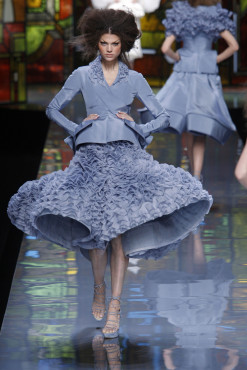