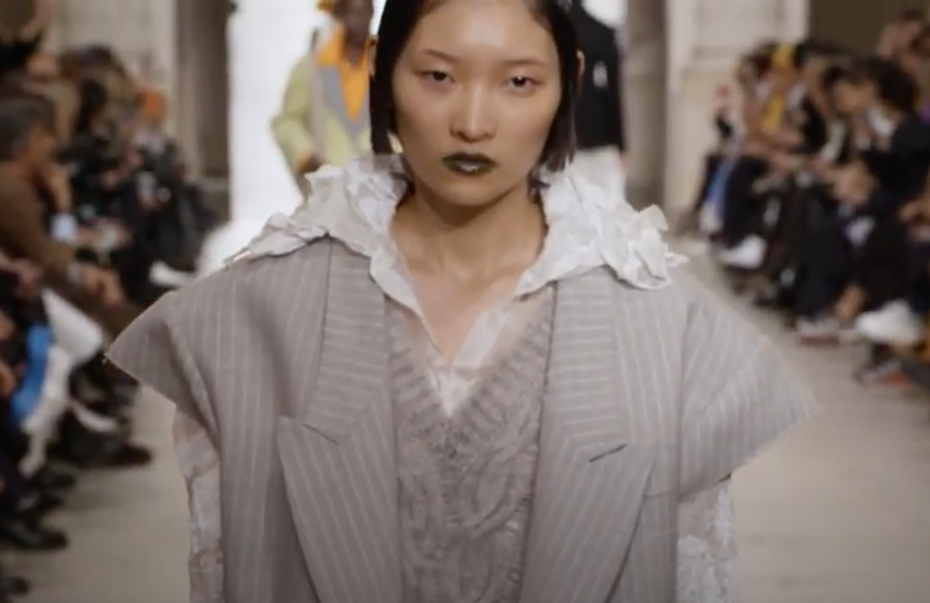 Nina Ricci’s creative directors, Rushemy Botter and Lisi Herrebrugh, looked at the work of the artist Kees van Dongen this season. Van Dongen was a Dutch painter who moved to Paris at the turn of the last century and found success. That makes for a useful metaphor. Herrebrugh and Botter are themselves outsiders in Paris with a burgeoning men’s collection of their own and a prominent appointment at Nina Ricci. This is a city of fashion Picassos and Matisses, but step by step, this young duo is making progress.

Both Botter — born in Curaçao and a graduate of the Royal Academy of Fine Arts in Antwerp — and Amsterdam Fashion Institute alum Herrebrugh — who splits her time between the Netherlands and the Dominican Republic — have already garnered recognition within the industry: Their Antwerp-based menswear label Botter received such accolades as the Dries van Noten Award, BVBA32 Ann Demeulemeester Award and the 33rd Hyeres Festival’s Jury Grand Prize. The duo were also finalists in the 2018 LVMH Prize competition.

Botter described the collection as neoromantic. “We went back to the old heritage of Nina Ricci,” he said. Modeling after the Old Masters, to extend the painting metaphor. They started by lightening up their palette, cribbing from both the “soft and blended” colors of Van Dongen’s early work and the bold, more brazen colors of his Paris years. The lilac of a brushed wool coat was pretty, and they also played with a vibrant floral print on a black ground and patchworks of crinkly white lace.

Herrebrugh and Botter still feel most at ease with tailoring. Their silhouette this season remained rather masculine, despite the way they cropped their double-breasted jackets at the midriff to expose the breezy button-down shirts underneath. The shoulder coverings—kraplap in Dutch—only managed to weigh down their efforts, but the lacing at the back of a pair of shapely peacoats was a welcome softening touch. Soft femininity is what this brand has historically stood for. The pieces that captured that best while exhibiting the fresh sense of modernity that is so crucial to Herrebrugh and Botter were a pair of billowing draped dresses in technical silk. Canvases on which to sketch out their next collection.