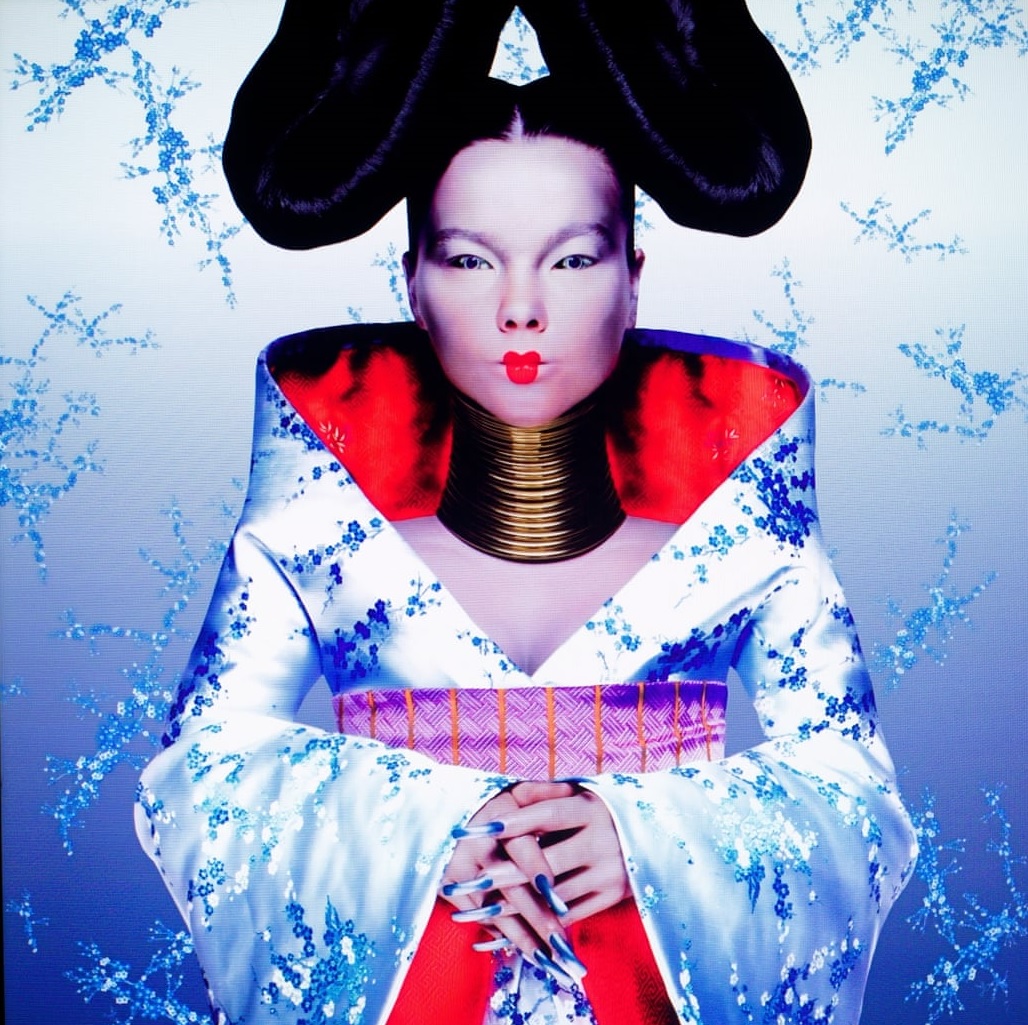 A rare 17th century treasure from Kyoto, the costume worn by Alec Guinness as Obi-Wan Kenobi in Star Wars and an haute couture gown designed by John Galliano for Christian Dior will be among the exhibits in Europe’s first major exhibition on the kimono, the ultimate symbol of Japan.

This exhibition will present the kimono as a dynamic and constantly evolving icon of fashion, revealing the sartorial, aesthetic and social significance of the garment from the 1660s to the present day, both in Japan and the rest of the world.

Exhibits will include a dress designed by Alexander McQueen for Björk, immortalised on the cover of her album Homogenic. Photograph: Tom Pietrasik/The Guardian

With catwalk pieces by Yves Saint Laurent and Rei Kawakubo, and costumes from the Oscar-winning film Memoirs of a Geisha as well as a cropped Jean Paul Gaultier kimono created for a Madonna video inspired by that film, curator Anna Jackson aims to “overturn the idea of the kimono as static, atrophied object and show it as a dynamic and constantly evolving icon of fashion”.

The story of the kimono traces Japanese society from the style-conscious celebrity culture of 19th century Japan in which kabuki actors and courtesans were, says Jackson, “the heartthrobs and fashion icons of the day” to its disappearance from daily life in postwar Japan, where it become a codified costume mothballed in nostalgia and unwrapped only for special occasions.

Kimono: Kyoto to Catwalk, which opens at the V&A in February, aims to challenge the establishment tradition in which fashion from Paris and London has been considered art and accepted as a global rubric for taste, while garments from non-western countries have been regarded as exotic curios.

The kimono was at the centre of a cultural appropriation row earlier this year, when Kim Kardashian West renamed her shapewear brand from “Kimono” to “Skims” six days after the announcement of its launch. The riff on her name sparked accusations of insensitivity and cultural appropriation with the mayor of Kyoto, birthplace of the kimono, writing a critical open letter. Kardashian West has apologised for the offence caused, saying that she “had really innocent intentions.

Cultural appropriation is about who has the power to speak,” said Jackson at the exhibition launch. Jackson, wearing a kimono over a white shirt, said she had “considered the question of whether it is appropriate for me to wear this. It is perfectly appropriate on my colleagues who are Japanese, but on me – is it different from 19th century orientalism? This is an important issue. But there is a danger that being mindful of the reverence in which the kimono is held means that it gets stuck in the past, and that denies the impact it has had on global fashion and mimimises its power to impact fashion in the future.

The exhibition will explore the 21st century revival of the kimono among young people in Japan who are rejecting the industrialised trend system of western fashion and returning to a timeless mode of dress.

Seventeenth century trade between Japan and the Netherlands led to a Dutch vogue for kimono, adapted to the northern European climate with warm padding. “There was already a tradition of robes in Europe – think of Holbein’s The Ambassadors – but suddenly you get all these rich, vibrant colours and everyone wants one” said Jackson. A 1678 portrait of Dutch aristocrat Anna Elizabeth van Reede will travel to the V&A for the exhibition, the first time it has left the ancestral castle for which it was painted. In Edwardian England, kimono became fashionable in artistic circles as a marker of bohemian taste.

With its straight seams and right-angled edges the kimono, unlike most western fashion, is cut to neither trace nor exaggerate the human form. It is because “the body is irrelevant” to the kimono, says Jackson, that it is traditionally displayed on a T-shaped frame, rather than a mannequin.

The impact of the kimono on western fashion has been explored in the book accompanying the exhibition by the director of the Kyoto Costume Institute, who examines how Japanese dress culture dramatically changed the course of Paris fashion.

Show exhibits will include a dress designed by Alexander McQueen for Björk, immortalised on the cover of her 1997 album Homogenic, and the iconic Star Wars Jedi costume which George Lucas, an admirer of the films of Akira Kurosawa, conceived as part Buddhist monk and part samurai. Milligan Beaumont, a young designer whose graduate collection of “kimono hoodies” was bought in it entirety and taken on a world stadium tour by Christina Aguilera, will also feature.