The Great Alber Elbaz is gone 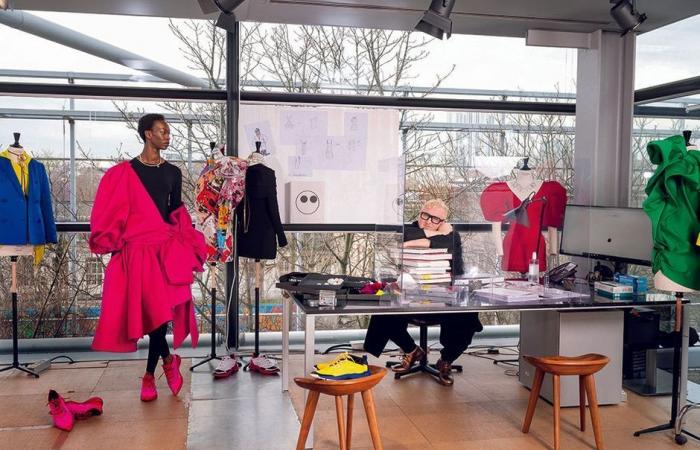 The crushing shock of the death of Alber Elbaz from Covid-19, the loss to his family, to all those who have worked for him, to the women he loved, and to those whose lives he brought so much joy to through his clothes is incalculable. Of all the designers in today’s world, Alber was the one whose entire creative modus operandi was based on the warmth of his emotional intelligence and empathy, his ability to see through the nonsenses of fashion and to liberate women from them; to see us as friends. Whether you knew him or not, his thoughtful, witty, insightful character—his honest, spontaneous, metaphor-strewn way of lighting up every conversation—made every listener feel they were in a two-way personal relationship with him. “We’re not here to transform women, we’re here to hug them,” he recently said.

Alber Elbaz, who made his name at storied fashion houses including Yves Saint Laurent and spent a 14-year spell rejuvenating Lanvin, has died at the age of 59 at the American Hospital in Paris. His death, the cause of which is not yet known, was confirmed by Richemont, the conglomerate backing Elbaz’s latest venture, AZ Factory.

The Moroccan-born visionary is best known for catapulting Lanvin into the major leagues during his 2001 to 2015 tenure at the French house. His acrimonious split from the brand, which saw him forced to defend his work and leadership style, was well-documented, and Elbaz subsequently took a five-year hiatus. Returning to fashion on the spring 2021 couture schedule with a fresh perspective and a modern brand proposition, the industry was overjoyed to welcome back one of its leading creatives, who always imbued his work with such joy and put the focus squarely on making individuals feel special.

He will be greatly missed …